When we talk about software, the word free can be taken to mean different things. As Richard Stallman famously said: “This is a matter of freedom, not price, so think of ‘free speech’, not ‘free beer’.” However, free in the sense of free of charge is always lurking in the background. In the collective imaginary, free software is software you’re not paying for. True or False? 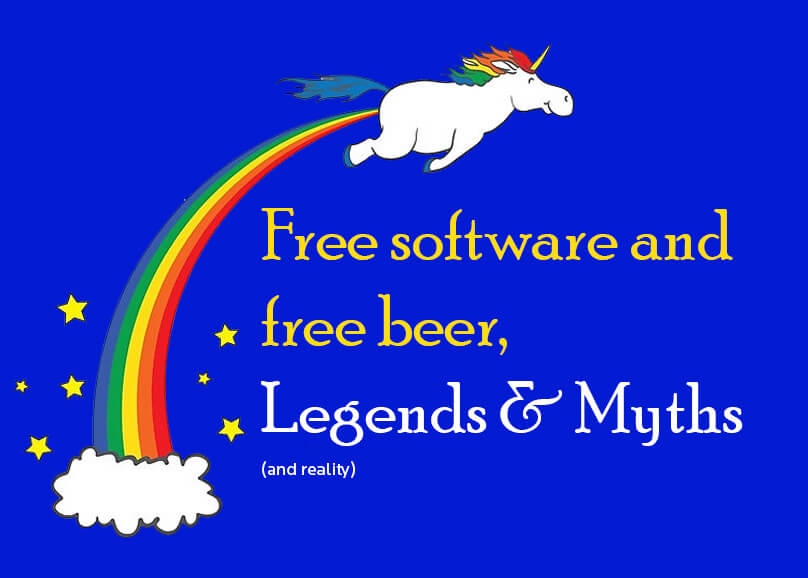 Once upon a time…

Free or open source… both refer to software whose code has been made public and is freely available. There are varying views, however, as to what the use of this software implies.

Obviously, there are licences — over one hundred altogether — which rule what you can or cannot do with an open source code. But beyond these rules, there are opposing philosophies.

The term “Free Software” is the oldest. It is included in the name of the Free Software Foundation (FSF), an organisation founded in 1985 by Richard Stallman to protect and promote free software. The term “open source”, on the other hand, was coined by Christine Peterson and adopted in 1998 by the founders of the Open Source Initiative.

In the 1990s, the term “open”, when referring to software code was sometimes used to mean that the code was inspectable, visible and available for access.

The term “open source”, as defined by the OSI, clearly indicates that open source doesn’t just mean that the code is available for access but also that it can be forked and used free of charge indefinitely.

To the FSF, users of free software are free to run, copy, distribute, study, modify and improve it. “Free software” is about freedom, not price.

While the FSF and the OSI use different definitions, in practice they refer to the same thing. The FSF, however, is a lot more dogmatically and politically-oriented than the OSI and actively campaigns through its figurehead, Richard Stallman.

The terms “open source” and “free software” can therefore be used interchangeably, unless when discussing history or terminology itself.

This being said, one question remains: is free software free of charge? As Richard Stallman famously said: “This is a matter of freedom, not price, so think of ‘free speech’, not ‘free beer’.”

Software developers are like you and me. Even with the best of intentions, they need to make a living, and voluntary work doesn’t put food on the table. Open source or free software – as you might like to call it – isn’t profitable. And if you’re not selling a product, you must sell a service.

It’s the same with open-source solutions. The code – the recipe – is openly available, but the service, the support, updates, technical skill – the dining room, the service, the washing-up and the cook – must be payed for. Open-source software publishers therefore have a key role to play in its appropriation. “Clients are looking for a solution to their problem, not for a source code” said Pierre Baudracco at the Paris Open Source Summit 2018. “Take theBlueMind code, it’s openly available. But when it comes to the technical expertise required to deploy, maintain, and update it and the ecosystem built around it, the network of certified partners to implement it, etc., only we are able to provide this.”

Open code therefore doesn’t mean free of charge. It does, however, mean “auditable”, i.e. anyone can look into it. Just like you can read the recipe and the list of ingredients for lasagna. This is extremely important, crucial even, in a world where any personal data is a potential source of revenue.

It has been recently reported that Facebook had allowed Netflix and Spotify to access its users’ private messages, in the wake of manyother scandals in connection with inappropriate app behaviour.

Proprietary software has other flaws, beginning with being owned by major international players, mostly American ones (typically identified with GAFAMs). They lock businesses in by making them dependent on increasingly more expensive software and services and non-negotiable terms. And remember, although nothing can be said to be certain except death and taxes, software giants are known not to pay the said taxes.

In a December 2018 report on Open-source or free software as an alternative to major suppliers, French CIOs took a strong stand against this domination, threatening to turn to free software.

But why didn’t they do it sooner?

Of wizzards and men

So, why is open source still the underdog with the general public? There are two key reasons:

The first point makes simple sense: not everyone is able to understand or use source code. A company will never tell an employee, “here’s your computer, it runs on Linux, go ahead and set up your email and all your applications yourself”.

The second point, however, highlights the real issue: entire armies of software giants’ UX designers have shaped user experience to the point of locking them in completely. In other words, they have made us develop habits that are so deeply ingrained today that we’ve become reluctant to any change. Think about how difficult it is to switch from Windows to Mac and vice versa, or from iOS to Android. Now imagine giving up Microsoft Office in favour of Open Office. The buttons aren’t even in the same place: “how do I sort this bleeping column?!?” (true story).

And yet… Thanks to the open-source software publishers we talked about earlier who have understood that clients expect a solution rather than a construction kit, open-source solutions are slowly but surely creeping up from lower layers to end users.

“This is precisely the issue we’ve tackled with BlueMind v.4.0” explains Pierre Baudracco, CEO of BlueMind and president of the Paris Open Source Summit 2018 Programme Committee. “Email is not only the most widely used tool in businesses but also undoubtedly the most critical. Any breakdown can lead to pandemonium. Most users have been fed Outlook, Microsoft’s mail solution. CIOs want to avoid a meltdown and they’d rather play it safe by safeguarding user habits. Until now, open source merely offered an additional, more or less compatible solution. We’ve decided to address the issue the other way round by focusing on user needs. They want Outlook? Fine, we won’t touch it. However, we can change everything behind it.”

They lived happily ever after

If you’ve made it to this section, you now know that free software doesn’t necessarily mean free of charge, and that you are probably already using some without knowing it.

What you need to remember is that today, there are many trustworthy and proven alternatives on the open-source market that can allow you to set yourself free from major US publishers. This is not about dogmatic or philosophic resistance but a truly societal choice. Choosing a European open-source solution is about promoting innovation and jobs, preserving your independence and contributing to our states’ digital sovereignty. 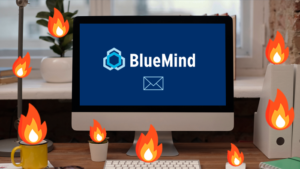 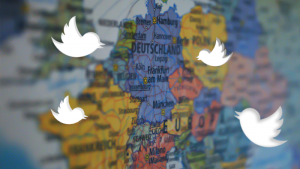 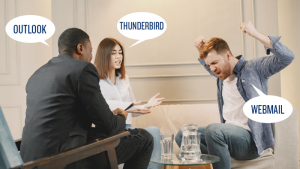